Micah 5:2 Bethlehem Ephrathah,
you are small among the clans of Judah; 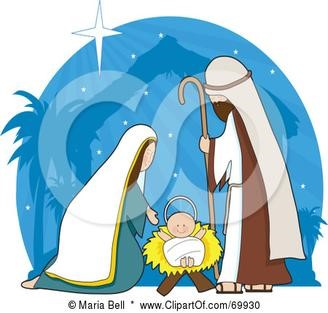 One will come from you
to be ruler over Israel for Me.
His origin is from antiquity,
from eternity.

Jesus had to be born in Bethlehem for many reasons. I addressed several of them last year in one of my Anna posts. But what I want to focus on today is that he had to be born there as David’s heir.

King David was called a man after God’s own heart because of two reasons: 1) he never worshipped an idol; and 2) he confessed his sins and kept short accounts with God.

Humanly speaking, he did really well by those standards. However, he wasn’t a good parent. He committed some grievous sins like adultery and murder, but he never allowed an idol of any sort to take God’s place. That means he never lusted after a thing or activity so much that it became an idol. That’s pretty amazing when you think about it. And when he did mess up, he agreed with God that he had messed up.

I haven’t heard of many people, before having the indwelling Spirit, who could say that.

So God honored David’s attempt at goodness and holiness, his honesty, by allowing his son to follow in not only the lineage of David, but in the city of David, the occupations of David, and the heart of David.

In the depths of your eyes,

in every ounce of your voice,

touching the corners of my soul--

Here, in your love is that tiny village.

Here, in our midst is Bethlehem.

Here, the eternal star ignites in your generosity,

your selfless truths grow into legends,

and futures of our possibilities reverberate.

I ponder your qualities of love,

marvel at the measures of your mercy . . .

learned in the eyes of a Child.

There, in that Bethlehem.

In the life you live,

Striving to serve instead of be served,

Here, in the eyes of a Child.

Here, in the eyes of God.