Yesterday’s post began a few in a row about Jesus as the stone from heaven. 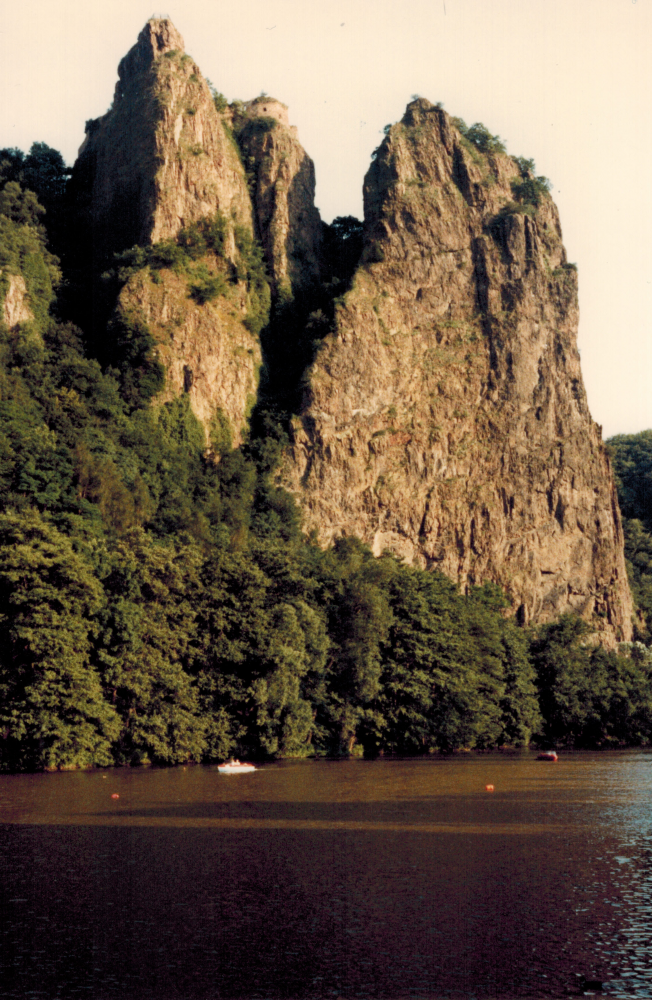 It’s not an image or title that we think of often, or as readily, but several Old Testament prophecies refer to the Messiah as stone or rock. Jesus even alluded to these Scriptures when he gave Simon the name Peter, meaning pebble or little stone. To use a current cliché, the apostle was a chip off the old block.

Why would the image of rock persist in the Bible?

For one, Israel is rocky and mountainous. Prophets and other writers of Scripture would see stone everywhere, every day. They used them to build with, work with, and decorate with. They walked on them, climbed them and carved them.

They even picked them up by handfuls to kill people.

But still, why would the Messiah be linked to granite, quartz, marble and the like?

In earthly terms, rock is forever. We know it isn’t really. It does erode. Mountains weather away given enough time, wind and water. But compared to the blip of human life, rock is impervious, ongoing and stable.

Years ago, Gary and I lived in the shadow of the Rotenfels—the highest sheer rock face north of the Alps. It was both imposing and comforting to drive by on my way to work. It loomed over me, massive and immovable. But it was there every day. It did not leave or go somewhere else. It changed as light hit it or rained washed it, and I could see something new. But did it really change or did I change to see it differently? It made me think of eternity. In reaction, not long before we returned to the U.S., I wrote this poem. Perhaps you, too, today can see the mighty artistry reflected in rock and thank God for his creation.

I have chiseled rock.

Drawn tooled rock against the raw stone, hour after hour,

I know intimately the marks my efforts leave upon a rock,

But I have never seen such an expanse!

Who urged this hill to shed its softness?

Who bared the rock to glint its rainbow facets in the summer sun?

Within the tranquil pools of the wandering Nahe

I see only the work he left behind

One overwhelming clue for me to find.

For I have chiseled rock.