Isaiah 8:14 He will be a holy place;
for both Israel and Judah he will be 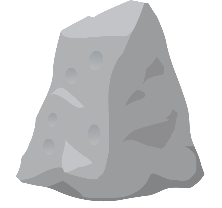 a stone that causes people to stumble
and a rock that makes them fall.
And for the people of Jerusalem he will be
a trap and a snare.
15 Many of them will stumble;
they will fall and be broken,
they will be snared and captured.”

Another Isaiah prophecy that Simeon alludes to is this one. He says that “this child is destined to cause the fall and rise of many in Israel…”

This passage refers to why Jesus was so hard for the Hebrews to understand. The first line says, “He will be a holy place.”

Human beings don’t really understand holy. All we know is that we aren’t. Nor can we be. When God says ‘be ye perfect as I am perfect’ the natural reaction is to (using an old 70s phrase) freak out. Impossible! We are flawed through and through. Paraphrasing what the apostle Paul said, “I didn’t know anything about coveting nor even think about it. I might have done it, but I didn’t see it and know it for the sin that it is until the law said ‘do not covet.’ Then, because I wasn’t supposed to do it, the amount I coveted skyrocketed.”

The teachers, scribes and Pharisees of Jesus’ day couldn’t argue that his miracles were good. A person who has been sick or blind or lame for years suddenly being whole is a wonderful thing. So instead they debated what he said while he did them (how can this man claim to be God?) or when he did them (healing on a Sabbath is work and thus violates a commandment).

Please tell me that I’m not the only one who can relate.

There have been times when I’ve been in the middle of some sin and enjoying every bit of it. Then someone comes onto the scene and does the noble thing that I should have done in the first place. That makes me want to bring him or her down to my level.

I’m sure that’s how these religious leaders felt. But time after time, Jesus was impervious to their attempts to take him down a notch. Is it any wonder the fury they felt until they had to see him killed?