Isaiah 53:7 He was oppressed and afflicted, 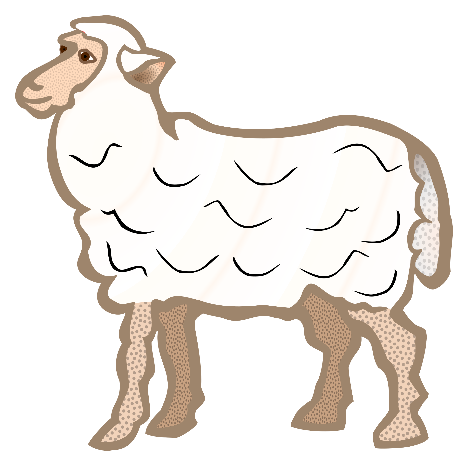 I could probably write several more posts about Christ as the lamb. I could talk more about what that meant to Simeon and to us, but this will be my last post on this theme.

To end well, I will rely on the verse above from my favorite prophecy about Jesus: Chapters 52 and 53 of Isaiah.

I wouldn’t call it my favorite because of its poetry or its images, but rather because it fits, so obviously, what our Lord did during his last days and moments before the sacrifice.

Why does it call him a sheep before its shearers? Or a lamb to the slaughter?

A sheep is taught to trust his shearers. He needs regular shearing or his coat will grow tangled and eventually cause him health issues. Like a poodle’s fur, sheep wool continues to grow. It does not stay trim or reach a maximum length on its own. So the sheep needs those who tend it and take care of it. He puts his entire situation into the hands that control the shears. Likewise, Christ trusted His Father. He did not turn himself over to Jewish or Roman authorities, but over to the one who had control of the situation. So he quietly and calmly followed the purpose of why he had been born. Yes, he agonized in Gethsemane about the pain and suffering he would face. I can’t imagine anyone who wouldn’t. But once that was settled, he put himself into the Father’s hands.

A lamb in the Hebrew culture was born for slaughter. Some lived longer if they were needed for wool or breeding or milk, but most lambs had one purpose and one purpose only. They would die as a sacrifice for sins. So, too, was this Jesus’ whole reason for coming to Earth. He needed to remove Adam’s curse and make a way for people to be right with God.

Earlier in this chapter, we too are called sheep. But we are not silent and trusting as Jesus followed God. Nor are we the perfect lambs born for slaughter. No, we are a mob of wild sheep. Without a shepherd, we simply follow the closest sheep to us or what our nose smells. We go every which way, trying to solve our hunger without reason or thought.

Thankfully, this Good Shepherd did what we could not. He not only paid the price for us, but called us into his herd and led us into good pasture.