Luke 2:29 Now, Master,
You can dismiss Your slave in peace, 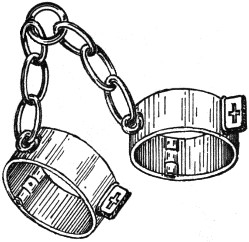 The only place that Simeon refers to himself in all of Scripture, he calls himself God’s slave.

Nine months prior, a young woman had identified herself as the slave of God, too, his bondswoman.  She received the blessing of becoming her own Lord’s mother. She, too, received promises.

Jesus called us slaves to God, but also friends. We choose slavery to the Creator, because otherwise we remain slaves to sin and to the fallen world.

Acts 4:29 And now, Lord, consider their threats, and grant that Your slaves may speak Your message with complete boldness, 30 while You stretch out Your hand for healing, signs, and wonders to be performed through the name of Your holy Servant Jesus.”

As the church grew and spread, other leaders identified themselves slaves of God: Paul, James, Epaphras, Tychicus, Timothy and Jude among them.

In that day and age, they truly knew slavery. A Roman slave had nothing of his or her own. Anything she or he might have in their possession truly belonged to the master, as the slave did, too.

But if you had a good master, he would let you have access to everything at his disposal without having the concern about its upkeep, loss or replacement. A good master would also protect you from other masters who might not be so kind. Freedom meant nothing if you had nothing and found yourself a slave all over again. So when a slave found a good master, he or she might perform a ceremony committing that the slave would stay and never leave. But likewise, the master would promise to provide for the slave and ensure the best welfare.

It is this image that Simeon and the others testified to when they called themselves slaves of God. They had found the ideal master—one who would protect them from evil and secure their future.