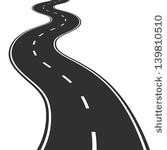 Luke 2:27 Guided by the Spirit, he entered the temple complex. When the parents brought in the child Jesus to perform for Him what was customary under the law…

Romans 8:14 All those led by God’s Spirit are God’s sons.

Simeon stood out from the other godly men of his day—he let himself be guided by the Spirit.

Only a couple dozen men prior to Pentecost (and a few women) could have it said about them that they allowed God’s spirit to lead them throughout their lives or ministry.

Joseph did and he saved not one, but many nations from starvation during a severe famine. His role in history gave the new nation of Israel time to grow.

Bezalel allowed the spirit of God to guide him as he crafted and supervised the craft of the beautiful things to decorate and fill the tabernacle.

The spirit anointed Moses so much that his face glowed for the joy of it.

Caleb and Joshua let God’s spirit help as they viewed the Promised Land. Because of this, they saw the land and the opportunity through the eyes of God.

Most of the Judges had brief anointings of the spirit to do what need doing. After that, they were entirely too human.

Initially, Saul had the spirit of God upon him and even prophesied. But willful sin removed it from him and even allowed an evil spirit to take its place.

King David repented regularly, thus keeping in touch with the Spirit of God. His humble nature even earned him the title: the apple of God’s eye.

After that, the prophets and a few kings could be said to sense and follow God’s spirit. It was a rarity.

But Simeon was so connected with the Spirit of God that he knew when it said come, he came. And when it said go, he went.

He followed God’s map and leading.